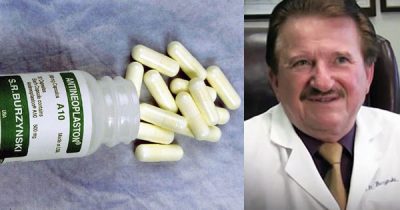 As cancer rates continue to rise precipitously, mainstream medicine insists on employing its usual tools: invasive surgery, radiation therapy, and chemotherapy. While these treatment modalities certainly appear to be helpful for many patients, the data behind cancer treatment reveal that they’re insufficient at best, and barbaric at worst. Consider the following quotes from leading experts in the field of oncology.

“The success of most chemotherapies is appalling. There is no scientific evidence for its ability to extend in any appreciable way the lives of patients suffering from the most common organic cancer. Chemotherapy for malignancies too advanced for surgery, which accounts for 80 percent of all cancers, is a scientific wasteland” (Dr. Ulrich Abel, Stuttgart, 1990).

“After analyzing cancer survival statistics for several decades, Dr. Hardin Jones, professor at the University of California, concluded ‘… patients are as well, or better off untreated’” (Walter Last, writing in The Ecologist).[1]

Viewed in the light of such poor success rates, the horrific and voluminous side effects of conventional cancer treatment hardly seem worth it. These risks might be excusable if cancer researchers were dedicated to replacing chemotherapy and radiation treatments with non-toxic alternatives as soon as possible—but nothing could be further from the truth.

In fact, all attempts to develop alternative cancer treatments—even those that exhibit remarkable efficacy and safety—are buried by mainstream oncology. It’s for this reason that renowned natural health crusader Dr. Ralph Moss refers to the world of cancer treatment as “the cancer industry.” Pharmaceutical companies, oncologists, medical technology manufacturers, insurance companies, and cancer research institutes make a phenomenal amount of money from conventional cancer treatments—so they intend to preserve this status quo by any means necessary.

In a previous article, we covered the story of Dr. Stanislaw Burzynski, who in the 1970s pioneered a safe and effective cancer treatment modality called antineoplaston therapy.

It’s essentially a non-toxic analog of chemotherapy; instead of injecting patients with highly toxic chemotherapy cocktails (which, by the way, are so poisonous and corrosive that they cause severe chemical burns if they come into contact with skin).

Dr. Burzynski uses antineoplastons, which are naturally occurring peptides and amino acid derivatives. These compounds have been shown to be highly effective at controlling tumor growth, and yet do not carry any of the toxicity or side effects of conventional chemotherapy.

You’d think that mainstream oncology would welcome this kind of successful treatment protocol with open arms. Instead, Dr. Burzynski has endured decades of brutal pushback. His requests for FDA review and approval were denied, and the Texas Medical Board forced patients to file charges for fraudulent medical practice, in an attempt to revoke his medical license. He’s been brought to court numerous times (and made to pay his own exorbitant legal expenses).

In our previous article about Dr. Burzynski, we reported that yet more charges were being brought against him—but now he’s once again won the right to keep his medical license and continue his work. Change.com, who ran a petition to support him, reports:

“In the words of his lawyer, “we kicked their ass!” Today, Dr. Burzynski won the right to continue saving lives. The Texas Medical Board has been forced to stand down at last and give up their witch hunt. A tremendous victory for the great doctor, the patients under his care and the American public! Thanks be to everyone who signed this petition and worked to save this cancer cure for us all.”

It’s probably naïve to assume that Dr. Burzynski’s troubles are over—after all, it’s no easy task taking on the entrenched interests of the cancer industry. While he’s now free to offer his treatment protocols to patients once again, Elan Pharmaceuticals has been working hard to steal his work from him.

The company has had patents approved for 11 of the antineoplaston compounds for which Dr. Burzynski already holds the patents—there’s no telling what kind of legal battle Dr. Burzynski will have to fight in order to maintain rightful ownership of his work.

Nevertheless, Dr. Burzynski’s current victory is an important one. And one thing’s for sure: his work has garnered the attention of major medical powers (otherwise they wouldn’t be scrambling to patent the technology).

With any luck, this interest will pave the way for replacing dangerous cancer treatments like chemotherapy and radiation with safer, more effective ones like antineoplaston therapy. Let’s just hope that Dr. Burzynski receives the credit he deserves for his brilliant contribution to oncology and alternative medicine.