Does Your Cheese Contain Toxic Plastic?

written by Ryan Greendyk
Facebook0Tweet0Pin0
You are here: Home / Body / Does Your Cheese Contain Toxic Plastic? 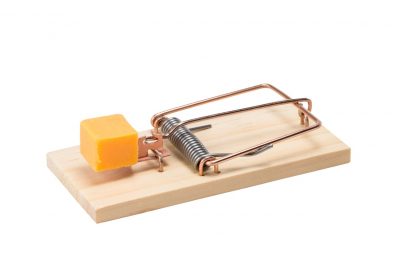 Cheese is under siege. Consumers and health experts alike are beginning to take a closer look at this beloved American staple—and it doesn’t look good for dairy farmers and cheese lovers.

It’s no secret that cheese is high in saturated fat and sodium, two things that are closely linked with America’s obesity epidemic. Researchers are also discovering that cheese can be addictive[1] and inflammatory, and may even contribute to the development of arthritis.

And let’s not forget the elephant in the room (or cow, as the case may be): cheese is the product of an inhumane and unsanitary animal agriculture industry, one that exploits and kills over 56 billion animals every single year (this number does not even include seafood).[2] That’s a staggering statistic, regardless of your view on food production.

Here’s some other morality-independent facts about cheese that should make it sound less than appetizing:

And now cheese has suffered yet another strike against it: researchers at the University of Washington discovered that nearly every cheese product they tested (29 out of 30) was contaminated with endocrine-disrupting plastic molecules called phthalates. Ten of these samples were labeled “organic,” all of which were contaminated.

As we’ve discussed in past articles, endocrine disruptors are ending up in our food supply in increasing quantities, with disastrous results. Phthalates in particular are strongly linked with hormone dysfunction, birth defects, lowered sperm count and mobility, premature cell death (especially in testicular cells), diabetes, obesity, and thyroid dysfunction.[3]

Cheese is especially at risk for phthalate contamination because of its high saturated fat content (phthalates bind easily with fats), and because it is processed in places where phthalates (and other toxic plastics) are likely to be present. Most meat checks these same boxes, by the way.

So if the evidence against cheese is this glaring, why does everyone still eat it?

The politics of cheese

Cheese is more than just an addictive (and admittedly delicious) food. The dairy industry, like other sub-sections of the animal agriculture industry, is a closely guarded pillar of the American economy.

The truth is that this industry is experiencing a significant downturn. In 2016 alone, 1.3 billion pounds of cheese was left sitting in cold storage, and farmers poured almost 50 million gallons of unsold milk down the drain.[4] The glut can partially be attributed to more efficient milk and cheese production technologies, but it’s undeniable that cheese demand is also dropping worldwide.

To try to prop up the ailing cheese industry, the U.S. government recently purchased $20 million dollars in dairy products and distributed them to pantries and soup kitchens throughout the country. Shortly thereafter, the National Milk Producers Federation desperately requested an additional $150 million bailout from the USDA.

And it gets even weirder.

In response to the dairy industry’s “crisis” (which instead should be viewed as the natural result of the public moving away from an unhealthy, unethical, and ecologically destructive product), the government has sponsored a bizarre marketing group called Dairy Management, Inc.

These are the folks responsible for the “Got Milk?” ad campaign, and now they’re embedding “secret cheese agents” in the product teams of fast food companies—all to make sure that everyone keeps consuming as much cheese as possible.

These clever marketing conspiracies are being further bolstered by questionable pro-cheese research. Mainstream media channels are emphasizing high-profile studies showing that moderate cheese consumption has a neutral effect on health. This may very well be the case; but then again, moderate use of anything isn’t correlated with particularly high health risks. Remember: back in the day, the tobacco industry whipped up plenty of studies demonstrating that smoking isn’t harmful.

If you want to eat a single serving of cheese one to two times per week (yes, any more than that is not “moderate”), you’ll probably be fine. But especially given the fun facts about cheese discussed above, why would you want to risk it?

There are superior ways to derive the few benefits that cheese does provide (protein, B vitamins, and omega-3s), and plant-based cheese alternatives are getting more and more delicious.

If you decide to keep cheese in your diet, take measures to reduce phthalate toxicity: only buy minimally processed cheese with minimal packaging, include plenty of detoxifying foods in your diet, optimize your glutathione levels, exercise regularly, and kickstart your body’s detox engines with an occasional sauna session.