Warning: Do NOT Take D3 without Vitamin K2

written by Ryan
Facebook0Tweet0Pin0
You are here: Home / Body / Warning: Do NOT Take D3 without Vitamin K2 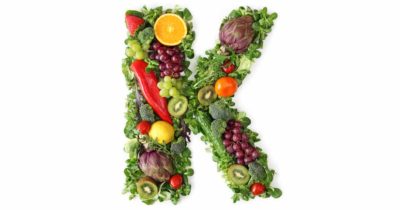 In recent years, it has become abundantly clear that vitamin D is an essential (and seriously healing) nutrient.

We’ve come a long way from the belief that its only use is to prevent rickets and other bone disorders. We now know that bone support is just one of its myriad benefits, and that vitamin D deficiency leads to a wide array of other health problems long before a person reaches the abysmally low levels that accompany rickets.

In fact, many experts believe that maintaining optimal vitamin D levels is one of the simplest ways in which you can ward off nearly every prevalent disease and condition.

A match made in heaven

Vitamin K2 has long been recognized for the role it plays in blood clotting. As vitamin D supplementation has become increasingly widespread, though, it’s become clear that vitamin K2 is also crucial for maximizing the benefits and minimizing the risks of vitamin D.[1]

Here’s how it works: one of the ways in which vitamin D aids the body is by helping it absorb calcium—this is the mechanism by which it prevents rickets and osteoporosis (because bones require calcium to stay strong and healthy).

Here’s the catch, though: new research has revealed that in order for all that absorbed calcium to be properly directed to the skeleton, sufficient levels of vitamin K2 are required. It turns out that vitamin K2 releases a protein hormone called osteocalcin, which locks calcium into the structure of your bones. Without vitamin K2, calcium can end up getting deposited in ways that do much more harm than good.

Dr. Rheaume-Bleue, the author of Vitamin K2 and the Calcium Paradox: How a Little Known Vitamin Could Save Your Life, warns:

“There are so many people on the vitamin-D-mega-dose bandwagon, taking more and more of vitamin D. And it could absolutely be causing harm if you are lacking the K2 to complete the job to get the calcium where it’s supposed to be. We don’t see symptoms of vitamin D toxicity very often. But when we do, those symptoms are inappropriate calcification. That’s the symptom of vitamin D toxicity. And it is actually a lack of vitamin K2 that can cause that.”[2]

A prominent example of misplaced calcium is atherosclerosis, a hardening of the arteries characterized by arterial calcium deposits. Atherosclerosis is a major sign of serious heart disease and a significant risk factor for stroke and heart attack, so it shouldn’t be taken lightly.

This means that taking too much vitamin D without the balancing effect of vitamin K2 can be worse than taking neither supplement. And because calcification is the primary issue, if your vitamin D supplement contains calcium (or if you’re supplementing with calcium independently), it’s even more important that you add vitamin K2 to your regimen.

Make no mistake: the point of this article is not to imply that everything you know about vitamin D is wrong. Experts still agree that maintaining the optimal vitamin D level of 40-60 ng/ml year-round should be your goal. Doing so requires receiving adequate sun exposure every day (8-24 minutes, depending on your skin tone), or supplementing with 7,000-9,000 IU per day of vitamin D3 (especially if you live much above tropical latitudes).

So don’t let the statements shared above scare you away from “mega-dosing.” Remember: they’re only considered mega-doses in comparison to the official RDA of 600-700, numbers that leading vitamin D researchers insist are far too low.

The takeaway is that vitamin D3 works even better when combined with vitamin K2, which also prevents the toxicity that can occur in the presence of excess calcium. Vitamin D still offers a bevy of benefits on its own, but the safest practice is to take these two essential nutrients in conjunction with one another.

You can get vitamin K2 from a number of food sources, including cheese (especially Gouda, Brie, and Edam), fermented vegetables, pretty much any green fruit or vegetable, and a Japanese fermented soy product called natto, which contains the full daily requirement of vitamin K2 in just half an ounce.

If you choose to supplement, purchase the form of vitamin K2 called “MK-7” (as opposed to “MK-4,” “MK-8,” or “MK-9”)—it stays in the body for much longer, thus making it much easier to achieve an optimal blood level. It’s also the obvious choice if you’re a vegan, as most other forms of vitamin K2 supplements are extracted from dairy products.

Not All Vitamin D Supplements are Created Equal

Most D3 Supplements are NOT absorbable. When D3 cannot be absorbed, your body is unable to assimilate and you will not get the benefits. So you still end up with the symptoms.