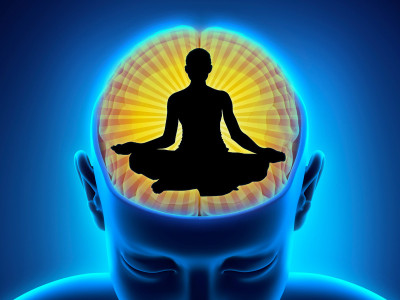 It’s estimated that 1 out of every 10 Americans suffers from depression, and the condition affects approximately 350 million people worldwide. Perhaps most alarmingly, researchers are finding that depression diagnoses are increasing by 20% every year—and that doesn’t even count those who never see a doctor about their troubles.[1]

You’ve surely noticed that all is not well in the world. These statistics suggest that our bodies are also well aware of the world’s imbalances.

The way in which depression erodes hope for a better future is detrimental to people’s lives, especially at a time like now, when our society is so sorely in need of the inspiration required to achieve real progress.

And the effects of depression are not just emotional and psychological—the physical body suffers too. For starters, depression is strongly correlated with obesity, heart disease, stroke, and sleep disorders.[2] Inflammation—often called the root of all disease—is also closely linked with the condition (more on that later).

But recent studies have confirmed one of the most worrying effects of all: brain damage.

Depression has long been associated with mere changes in brain chemistry, but scientists now know that the condition perturbs the brain much more deeply.

This finding aligned with those of previous studies, which had demonstrated that depressed patients tend to have smaller hippocampuses. These earlier researchers preferred to assume, however, that this altered brain structure was a predisposing factor for depression (rather than assuming that the damage was caused by the depression). But because shrinkage becomes worse as the number of depressive episodes increase, it has become clear to researchers that the reduction in the size of the hippocampus is a form of brain damage that follows as a result of recurrent depression.

Here’s why this alteration in brain structure is worthy of concern: the hippocampus is critical for memory and emotion. An under-functioning hippocampus can lead to compromised memory, loss of emotional capacity, decreased sense of self, increased anxiety, and extreme introversion.

In short, depression is a vicious cycle—the more damaged by depression the hippocampus becomes, the more likely the person is to lapse back into depressive states.

But there is hope…

Luckily, relief from depression is within reach. Hippocampal damage has been shown to be reversible, but you have to be willing to take action.

Pharmaceutical antidepressants obviously aren’t the answer, judging by the fact that more people than ever are taking them, and no one seems to be getting better.

Here’s why: drug-centric depression therapy is based on the erroneous assumption that depression is caused by imbalances in brain chemicals. More and more researchers are finding that, while brain chemical imbalance is correlated with depression, it’s very likely not the cause.

Therefore, pills that seek to correct chemical imbalances will inevitably be unable to address the real underlying causes of depression. This is not to say that they aren’t a valid, helpful option in certain situations, but only that you should be wary of believing in them as a magic bullet. And because of the myriad side effects that accompany their usage, I’d encourage you to look into natural alternatives first.

The truth of the matter is that most people who successfully overcome depression (with or without drugs) do so through prominent lifestyle practices.

Eating a detoxifying, anti-inflammatory, nutrient-dense, probiotic-rich diet works wonders, and has even been called “the key to the successful treatment of depression” by some health experts.”[4] This is because, as it turns out, systemic inflammation is likely a direct cause of depression (nutrient deficiency, environmental toxins, microbiome imbalance all lead to inflammation within the body).

Regular exercise is immensely helpful, as well, especially when combined with a healthy diet. Studies found that participants who didn’t engage in any physical activity all had a 99% greater chance of developing depression, and that regular exercise as a depression treatment surpassed the efficacy of pharmaceutical drugs.[5]

And then there’s one other depression-fighting lifestyle practice, the power of which scientists are just beginning to understand…

Meditation: the most underrated brain builder

Despite a mountain of emerging evidence demonstrating its incredible health benefits, meditation is still an underutilized tool, particularly by those suffering from depression and searching for fast relief.

New research has shown, though, that meditation alters brain structure as powerfully as depression—and it does so in amazingly beneficial ways. It increases grey matter volume, enhances connectivity between many different brain regions,[6] and even increases the size and cortical thickness of the hippocampus.[7]

And, of course, meditation also targets the underlying emotional and psychological triggers that allow depression to flourish. It outperforms nearly all medical protocols as a treatment for stress and anxiety, and it allows for greater mental clarity, energy, and vitality.

If you don’t yet have a meditation practice, check out this article on how to get started. Once you find your rhythm, you’ll understand why meditation, healthy diet, and exercise is a trifecta against which depression doesn’t stand a chance.