How to Catch Cancer Early

written by Ryan
Facebook0Tweet0Pin0
You are here: Home / Body / How to Catch Cancer Early 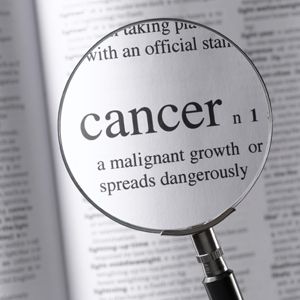 Prevention is touted as primarily important in the natural health community. Alternative and holistic medicine prides itself on creating overall balance and preventing health issues before they arise—as opposed to allopathic medicine, which endeavors to manage acute symptoms of current conditions.

As the rising incidence of chronic disease demonstrates, symptom management is not a satisfactory approach to healthcare; an increasing number of experts argue that our medical system must prioritize prevention if we wish to make any progress.

Cancer is no exception. While progress has been made in some areas of oncology, and the functional food revival has provided some safe alternatives (or adjuncts) to chemotherapy and radiation therapy, the battle against cancer is far from over.

The National Cancer Institute reports that while cancer mortality has declined by 25% since the early 1990s, the overall incidence of cancer continues to rise.[1]

These data points suggest that, while we’re making progress on cancer treatment strategies, we haven’t gotten any better at preventing cancer.

Is early detection on par with prevention?

Towards the same end of lowering overall cancer incidence, experts have noted that early detection of cancer is another powerful and important “prevention” strategy.

While it may still be preferable to prevent any development of cancer whatsoever, early detection does have one advantage over lifestyle prevention: it is entirely quantifiable.

Scientists and clinicians can say with empirical certainty that at Stage 0— the earliest possible stage at which signs of cancer development can be discerned—cancer can be treated with a near 100% success rate. For this reason, cancer researchers are currently placing as much emphasis on cancer detection technologies as on treatments for later-stage cancer.

Here’s the issue, though: early cancer detection has always been considered notoriously difficult. Prominent studies have even aggregated study data to demonstrate that “cancer screening has never been shown to save lives.”[2]

In some cases, cancer screening techniques can even do more harm than good. For example, some experts worry about the risks of mammogram breast cancer screenings. A study published in Cancer Biology & Medicine reported that overdiagnosis of breast cancer is a prevalent issue.[3] Such errors—which arise because mammograms do not provide data that allows for reliable discernment between malignant tumors and benign breast lumps—lead women to undergo costly and high-impact cancer treatments unnecessarily.

Further, while conventional oncologists generally believe that the potential benefits outweigh the risks, studies have also shown that the x-ray radiation to which mammograms expose women can actually cause breast cancer.[4] The levels of radiation emitted by mammogram machines may be up to 600% higher than previously estimated, so women should proceed with caution (and seek out thermography, a dramatically safer breast cancer screening method that is just as accurate as x-ray mammography).

The good news is that emerging technologies could provide safe, accurate, and affordable early detection of cancer.

Before mentioning the cutting-edge early cancer detection tests that have researchers most excited, though, it’s worth repeating that thermography is available as a breast cancer screening option right now.

Because of how deeply wedded mammography is to oncology networks, patients are often not even told that they have other options. Did you know that the Breast Cancer Awareness Movement (the one with the pink ribbons) is funded by the manufacturers of mammogram machines? It’s no wonder, then, that they’re slow to disclose a safer competing technology like thermography.

Another new technology worth seeking out is called the ONCOblot test, a type of liquid biopsy that requires only a drop of blood, and tests for the presence of a specific protein that is only produced on the surface of cancer cells.

One clinical study reported that this test was able to detect mesothelioma 4-10 years in advance of clinical symptoms.[5]

Similarly, another liquid biopsy called the EarlyCDT Lung Test was able to detect the presence of lung cancer well before symptoms were visible on standard CT diagnostic tests. Researchers are elated, as lung cancer is the most common cancer in American men (and fourth most common in American women), and reliable early detection will dramatically increase survival rates.

While both of these liquid biopsy tests are currently still being developed and evaluated, are still subject to FDA approval, and may not be available in your area, they provide a hopeful demonstration of the future of cancer treatment and prevention.