Could Coconuts Be the Answer to Alzheimer’s?

written by Mentor
Facebook0Tweet0Pin0
You are here: Home / Body / Could Coconuts Be the Answer to Alzheimer’s? 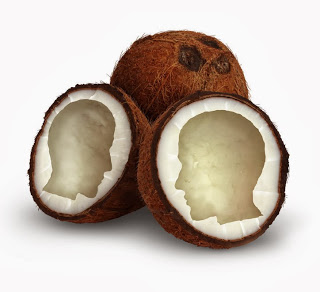 Cognitive disease is a growing problem of epidemic proportions.

An estimated 5.3 million Americans have Alzheimer’s disease (that doesn’t even include those with dementia and other age-related cognitive dysfunctions)—and this number is rising precipitously.

Alzheimer’s is already the sixth leading cause of death in the United States, and it’s estimated that within 20 years, 25% of all Americans will be affected by it.[1]

Despite the fact that Alzheimer’s disease is really only a modern phenomenon, the voices of mainstream medicine claim that it is the simple consequence of growing old. They say that Alzheimer’s was never a problem in the past because we never grew old enough for it to manifest (life expectancy is much longer than it used to be).

But this theory doesn’t explain the fact that among those of the same age group, the incidence of Alzheimer’s is rising much more quickly than can be accounted for by population growth.

Numerous studies have linked the disease with many of industrial society’s bad habits, like mercury dental fillings, the use of glyphosate-containing pesticides, and excess consumption of wheat and sugar.

Nevertheless, the consumer-facing front of medical science remains adamant that it has nothing to do with this kind of lifestyle choices.

A shocking corollary that follows from this denial is their claim that Alzheimer’s disease cannot be prevented, slowed, or cured.

But a mountain of research begs to differ. Clinical data demonstrates that lifestyle choices do make a profound difference in the brain’s health. These studies also show that turmeric, adaptogenic herbs like ashwagandha and ginseng, and nootropics like piracetam and phenibut all have the potential to slow the onset of the disease, or even reverse it altogether.

And it’s about time that coconuts got added to this list of Alzheimer’s-fighting superfoods.

Click here to get the The Coconut Oil Revitalization Blueprint: 321 Everyday Uses for Your Health, Kitchen, Family & Beauty

As we discussed in a previous article, coconut oil is like high-octane fuel for the brain , and it’s remarkably effective at preventing the cerebral inflammation that can lead to the development of worsening of cognitive disease.[2]

One physician even found that, only 2 weeks after adding coconut oil to her husband’s diet, his performance during the Alzheimer’s clock test (a commonly used exercise to determine the severity of a patient’s memory degeneration) improves so significantly that other doctors were left speechless.[3]

Coconut oil works its magic by exerting its positive influence on all levels of brain functioning. It provides the brain with a nourishing and clean-burning form of energy called ketones (which are the metabolites of medium chain fatty acids), flushes the brain with antioxidant polyphenols that reduce oxidative stress and improve circulation, and inhibits the formation of plaque and attenuates other symptoms of neurotoxicity.[4]

These findings are hugely important, because it means that coconut oil addresses the root causes of Alzheimer’s and cognitive decline (unlike Alzheimer’s drugs, which, like most pharmaceuticals, only provide fleeting and inconsistent relief from symptoms by messing with brain chemical levels).

Despite coconut water’s lack of any beneficial fatty acids (which are generally given all the credit for supercharging brain function), studies demonstrate that it is also worthy of being called a legitimate treatment for Alzheimer’s.

Scientists believe attribute this brain benefit to coconut water’s incredible hydrating ability. As you may have heard before, coconut water is able to pass through cell membranes even more easily than plain water, so it’s exceptionally hydrating to the body and brain. And with more water to work with, the brain is able to run more efficiently, combat oxidative stress, and prevent the formation of plaque.

Coconut water also contains a bevy of vitamins and nutrients, including one called trans-zeatin, which has the ability to prevent or reverse neurotoxicity and its accompanying symptoms.[5]

In our world of fluctuating dietary fads, an endorsement of coconut products may seem cliché.

But they’re the real deal. All signs point to one simple fact: coconut products represent a potent defense against and treatment for neurodegenerative disease. And they’re a lot tastier than Alzheimer’s drugs too.

Luckily, the immense popularity of coconut oil and coconut water ensures that you’ll never have a hard time finding it. Raw coconut products (as opposed to those that have been pasteurized or processed with high-heat methods) contain higher levels of all the goodies that are great for your brain, so choose them whenever possible.

Click here to get the The Coconut Oil Revitalization Blueprint: 321 Everyday Uses for Your Health, Kitchen, Family & Beauty

The Alzheimer’s Association might think that cognitive disease can’t be prevented or reversed, but make coconut oil and coconut water an integrated part of your life, and you might just prove them wrong.