Is Your Morning Coffee Actually GOOD for You?

written by Ryan Greendyk
Facebook0Tweet0Pin0
You are here: Home / Body / Is Your Morning Coffee Actually GOOD for You? 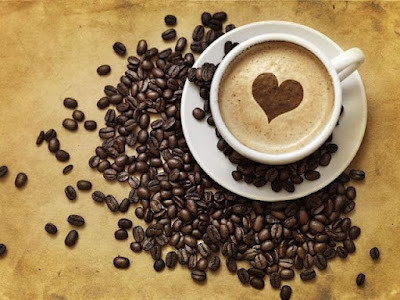 More often than not, coffee is thought of as a sort of guilty pleasure—a useful stimulant and societal fixture, perhaps, but certainly not a health food. Many health experts continue to argue that consuming it is bound to cause more harm than good.

Such warnings certainly don’t seem to dissuade many Americans from consuming this beloved beverage, though. The National Coffee Association reports that a whopping 50% of all Americans drink coffee every single day. In fact, it is nearly the most frequently consumed beverage worldwide, second only to water.

If you count yourself among those for whom coffee has become a morning ritual, here’s some good news for you: new research suggests that it can be incredibly beneficial for your health.

Miriam Nelson, a professor at the School of Nutrition Science and Policy at Tufts University, made this surprisingly positive statement regarding their research on coffee: “We looked at all the science … we have found no negative, adverse effects on health when you drink up to three to five cups a day. In fact, there is a decreased risk of cardiovascular disease, type 2 diabetes, Parkinson’s disease and a couple of cancers, including breast and prostate cancer.”[1]

And the researchers at Tufts are not alone in their unabashed endorsement of coffee; an increasing number of studies suggest that coffee really can convey all of the benefits listed above, and more. Here’s sampling of what researchers are finding…

Coffee is an excellent source of antioxidants

One incontrovertible fact about coffee beans is that they’re incredibly high in antioxidants—the beneficial, free-radical-fighting compounds that help keep your body functioning in peak condition.

Coffee is the richest source in the world of chlorogenic acid and caffeic acid, both of which significantly increase the “plasma antioxidant capacity” of your blood. In theory, this means that coffee can increase the level of antioxidants in the blood, as well as the efficacy with which they scavenge free radicals.

This high antioxidant content also makes coffee potently anti-inflammatory. While the mechanisms by which coffee decreases the risk of various diseases are not well-understood, many researchers credit its anti-inflammatory action. Reduced systemic inflammation in the body has been strongly linked to lowered oxidative stress, increased immune function, and lowered incidence of disease (some say that inflammation is the root of all disease).

Protection for the brain, heart, and liver

Studies show that coffee consumption can help prevent or even reverse Parkinson’s, Alzheimer’s, and general cognitive decline.[2] Again, the exact way in which coffee works its magic is not fully understood, but most bets are on its antioxidant and anti-inflammatory activity (other brain-boosting foods, like coconut oil, turmeric, and beet juice, share these properties).

Some of the antioxidants in coffee—mainly cafestol and kahweol—have also been shown to have cholesterol-balancing and heart-strengthening effects. This may be why coffee intake is associated with lower incidence of heart attack and stroke, reduced risk for arrhythmia, and reduced mortality from all cardiovascular events.

Even your liver may reap some benefits from coffee: several studies showed that coffee drinkers have a reduced risk of abnormal liver function.

But here’s the catch…

Don’t take these study results as a permission slip to go wild with your coffee consumption. While this data provides reasonable assurance that coffee isn’t egregiously unhealthy, it’s important to remember that there’s still a lot of debate over its overall health profile.

For example, the studies suggesting that coffee decreases the risk of heart problems are all epidemiological, meaning they look at patterns observed across large populations. Case-control studies—which focus more specifically on finding the connection between a participant’s disease and the risk factors that may have caused it—usually show an increased risk of heart disease in heavy coffee drinkers.

Similarly, while many of the antioxidants in coffee are considered anti-inflammatory, caffeine inevitably leads to the release of cortisol, a notoriously inflammatory hormone. Daily consumption of caffeine leads to the near continuous production of cortisol, which can severely tax the adrenals (an essential part of your endocrine system).

This is how many people fall into coffee’s vicious cycle: fatigued adrenals lose the ability to preserve balanced cortisol levels (which ensure that you feel lively and energized when you awake), so you remain groggy until you “re-fuel” with some coffee (which forces the production of cortisol, thus fatiguing the adrenals even further). To make matters worse, the excess buildup of cortisol caused by frequent caffeination makes you feel anxious, stressed out, and on-edge (cortisol is, after all, the fight-or-flight hormone)—which makes caffeine withdrawals particularly awful.

So what’s the verdict about coffee, then?

The studies discussed above demonstrate that it may be healthier for us than previously imagined, but it’s still something to be consumed with moderation. And while some of those studies considered 3-5 cups per day a “moderate” amount, they don’t necessarily take individual sensitivity into account (3-5 cups is a massive amount of caffeine for some people).

Learn how your body interacts with coffee, and honestly assess what moderate consumption means for you. Here’s a tip: if you can’t feel normal in the morning without a cup of coffee, your consumption of it is not moderate.

Whenever you start to drink coffee because you need it and not as an enjoyable enhancement of your normal waking state, your adrenals are probably starting to fatigue. Slow down your coffee intake at this point (or stop it altogether) until you feel that your endocrine system has equilibrated (i.e. when you’re able to feel lively and awake in the morning without coffee). At the very least, switch to coffee alternatives like tea, mate, or even raw cacao.

You can speed up this adrenal healing process for adding some Pink Himalayan salt to your drinking water (especially first thing in the morning), and by engaging in plenty of vigorous exercise (which helps your body get rid of excess cortisol).

By taking the time to practice this balancing act, you can ensure that you’re getting all of coffee’s great health benefits, without its potential side effects, and without having to cope with a caffeine addiction.