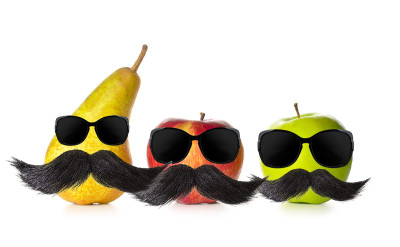 It’s safe to say that eating organic food can no longer be considered a passing trend—the practice has established itself snugly in the mainstream, and for good reason.  More and more people are buying organic to avoid GMOs and toxic pesticides in their food.

After all, overwhelming evidence makes it very difficult to deny the advantages that organic food has over conventional food. While the “organic” label is not always a surefire guarantee of optimal healthfulness (as we’ll discuss later in this article), it’s usually a huge step up from conventionally produced products.

Conventional food (especially produce) is highly problematic: it’s almost always riddled with pesticides and other contaminants, and it lacks the nutrients that organic produce provides. Furthermore, up to 80% of all conventional produce and processed foods contain GMO’s,[1] which have been linked to a sweeping array of health issues.

While we’re still working the kinks out of our organic food supply chain, it’s absolutely the preferable choice. Making the switch from conventional to organic food can provide you with massive health benefits. One family was able to clear their systems of toxic pesticides by exclusively eating organic for only two weeks.

One of the main criticisms of organic food has been that it’s so much more expensive. Its exorbitant cost, opponents argue, make it an unsustainable solution for feeding the world’s populace—particularly because the majority of people in America (let alone the rest of the world) cannot afford to buy organic food.

Nowadays, there’s no shortage of cheap goods, thanks largely to the behemoth manufacturing efforts of China. The Chinese manufacture and export nearly every product imaginable at mind-bogglingly low costs—and food is no exception.

As the demand for organic food has increased, China has risen to the occasion. China is now the third largest exporter of agricultural products to the United States, and an increasing percentage of these products are organic.[2]

More organic food at cheaper prices…sounds good, right? Sadly, the real story behind China’s supposedly “organic” food is quite a dark one.

Consider first that China doesn’t exactly have a great track record for producing high-quality food products (even by conventional standards)—it’s a routine practice for the FDA to refuse food shipments from China because of contaminants, blatant mislabeling, and (their word) “filth.”

China is notoriously bad at regulating its production, which has led to a number of food scares across their country. Their malpractice even reached the United States in 2007, when melamine-tainted pet treats imported from China killed thousands of cats and dogs.

These violations of food safety regulations don’t seem to be getting any less prevalent—and there’s little reason to believe that they don’t happen with organic products too.

The Chinese regime is a labyrinth of complexly interconnected power struggles. Suffice it to say that corruption is the norm, and thus the food manufacturing sector is rarely held to any identifiable standards.

Even when standards are set, the government rarely enforces them. The process by which consumers can file complaints is a bureaucratic nightmare that leads nowhere, so manufacturers spread outright lies and get away with it (some even call their food “organic” without meeting any of the necessary criteria).

This failure to follow acceptable safety standards is especially egregious in China, where environmental pollution has reached disastrous levels. Even China’s own Ministry of Environmental Protection admits that at least one fifth of its farmland is highly polluted with heavy metals and other contaminants.[3] So even when Chinese farmers do follow organic guidelines—which state that no pesticides or other contaminants can be added to crops—their produce still ends up laced with the myriad pollutants from China’s soil.

But surely these polluted foods don’t make their way into the United States, right? Don’t we have rigorous inspection processes that protect us from these corrupt products?

While all organics imported to the United States are required to pass USDA-accredited certification, even this safeguard falls short. For example, the USDA doesn’t limit heavy metal contamination, and they often certify Chinese food products based on paperwork alone (rather than actually inspecting the food to make sure it’s compliant).

Perhaps worst of all, because of the increasing demand for certified-organic food, the USDA has begun outsourcing its certification work to cheaper third parties. Many of these third party certifiers are located—wait for it—in China.

That’s right: the only organization that has the power to protect us from tainted Chinese products relies on China itself (the fox) to give the final okay on these products (the hen-house).

As the volume of imported organic foods increases, these problems are bound to get worse before they get better.

How to actually protect yourself

It’s worth noting that there are organic products coming from China that are genuine and unpolluted. Nevertheless, to rely on Chinese products is to play roulette with your health.

Whenever possible, purchase organic food that you know was produced domestically. Shop at co-ops, farmers’ markets, or local farms (through programs such as CSA’s), as opposed to large grocery store chains—even the healthy ones source products or ingredients from China. For example, Whole Foods has had to pull multiple products from their shelves (mostly products produced under their own “365” brand) after learning that some of their Chinese ingredients weren’t actually compliant with organic standards.

For the ultimate experience of food self-reliance, learn to grow your own! There’s nothing like garden-fresh produce straight from your backyard.

Whichever route you take, know that consuming bonafide, local (or at least domestic) organic food is well worth the extra time and money. Doing so will allow you to support healthy local economies while also ensuring that your body receives the high-quality nourishment that it needs and deserves.