“B Is For Brain”: B Vitamins Help Prevent Dementia

written by Ryan Greendyk
Facebook0Tweet0Pin0
You are here: Home / Body / “B Is For Brain”: B Vitamins Help Prevent Dementia 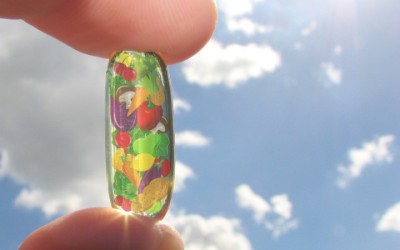 Dementia currently affects more than 47 million people worldwide, and it’s estimated that this number will rise by 40% in the next ten years.[1]

Some conventional doctors and researchers argue that we simply live longer than we used to, so our incidence of Alzheimer’s and other forms of dementia are proportionately higher. But as we’ve mentioned in a past article, this argument doesn’t hold any water, because people are developing moderate to severe dementia at a younger and younger age.

The Alzheimer’s Assocation still sticks to its story that neurodegeneration “cannot be prevented, cured, or slowed,” despite much evidence to the contrary. Maybe this is why less than 45% of those suffering from Alzheimer’s disease and other dementias are ever even informed about their diagnosis. If nothing can be done anyway, why bother your loved ones with a worrying diagnosis?

Here’s the problem with that line of thinking: there’s a lot that can be done to prevent or even reverse dementia—but it’s much harder to work toward healing a disease if you don’t know you have it.

Our spreading epidemic of debilitating brain dysfunction has prompted many researchers to look beyond this conventional story of futility. Their work has revealed a plethora of effective methods for preventing and treating various forms of dementia, one of the most well-studied of which is the maintenance of optimal levels of B vitamins.

B vitamins are the brain’s best friend

While even most researchers align with the notion that dementia can’t be prevented, their work is based on a sort of loophole: maybe you can’t prevent dementia itself (or at least you can’t scientifically prove that it’s preventable), but you can minimize the “risk factors” for the disease.

One such risk factor is a high level of homocysteine, an amino acid that has been strongly linked by decades of research to brain damage. In fact, it’s been conclusively demonstrated that elevated levels of homocysteine are an independent risk factor for developing Alzheimer’s and dementia.[2]

Researchers even state that one out of every six cases of dementia are attributable to elevated homocysteine levels.[3]

The goal, then, is to effectively control the body’s homocysteine levels—and the earlier in life this is accomplished, the greater the likelihood of avoiding cognitive decline.

Big Pharma probably already has its nose to the grindstone developing a homocysteine-lowering miracle pill—and its list of potential side effects will probably be longer than this article. As we’ve written about in the past, empowering the body’s detoxifying and self-modulating capacities is nearly always a wiser choice than pharmacologically tinkering with isolated compounds.

The body can readily detoxify homocysteine, but it requires optimal levels of folate, vitamin B12, and vitamin B6 in order to do so.[4] Thus, by maintaining optimal levels of these B vitamins, you can dramatically decrease the chances of experiencing cognitive decline.

The way in which these claims have been quantified by recent studies is fairly impressive. One longitudinal study demonstrated that, for every unit increase in vitamin B12 levels, the risk of developing Alzheimer’s disease was lowered by 2%.[5]

Lastly, lowering homocysteine levels with B vitamins works not only to prevent cognitive decline, but also to slow its progression after onset. A 2013 study showed that B vitamins decrease shrinkage and damage in the specific areas of the brain associated with Alzehimer’s as much as seven-fold.[7]

Whether you’re suffering from cognitive decline or simply want to prevent it, it’s always a good time to start minimizing your risk—and lowering your homocysteine levels with B vitamins is one of the most tried and true ways to do so.

First and foremost, have a doctor test you for vitamin and mineral deficiencies (if you’re testing for B vitamin deficiency, you might as well get the full snapshot of your vitamin blood levels). Doing so will give you a baseline against which you can measure your improvement (and supplementing when you’re not actually deficient is less than ideal).

Keep your B vitamin levels optimal by eating foods like meat (organic, grass-fed), fish (wild and mercury-free), eggs (free-range), and dairy (stick to organic, raw milk). The B vitamins in plant-based sources—such sweet potatoes, potatoes, sunflower seeds, avocado, spinach, banana, leafy green vegetables, and beans—are not quite as abundant and bioavailable, but they also lack all the downsides of animal products.

If you’re a vegetarian or vegan, you can usually get sufficient B vitamins by eating a large variety of organic whole foods, but taking supplements is also a good idea. In this case, try to seek out plant-sourced supplements rather than synthetic ones.

Combine your B vitamins with some of the other brain-supporting foods and supplements that we’ve discussed in other articles, such as coconut oil, turmeric, vitamin C, and omega-3 fatty acids (which increase the absorption and effectiveness of B vitamins). By adopting (and sticking to) this kind of regimen, you’ll ensure that you steer clear of cognitive decline well into old age.