Are Your Emotions Making You Sick?

written by Ryan
Facebook0Tweet0Pin0
You are here: Home / Body / Are Your Emotions Making You Sick? 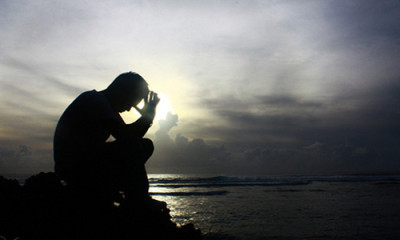 Modern medical science is obsessed with physical causes and effects.

It maintains that any given ailment, condition, or disease can be paired with a corresponding physical cause.

This paradigm is alluring because, well…it makes things simpler. As long as we have germs and pathogens to identify as the enemy, all we have to do is focus on combatting them, and the battle will be won.

But this desire for simplicity may be keeping us from the vibrant, radiant health that we deserve. Because, for better or worse, disease is much more complicated than modern medicine makes it out to be.

In order to understand diseases (and thus heal them), we must learn to accept the subjective, non-physical factors that play a role in causing them.

To cut right to the chase: negative emotions can make you sick, and until we accept this fact, our ability to deal effectively with disease will be hampered.

Medical science is reaching a point of confronting its own limitations.

Nevertheless, humility hasn’t quite set in yet. Instead, doctors and researchers forge ahead with increasingly powerful antibiotics (to keep up with mutating superbugs), designer pharmaceuticals (to combat made-up psychiatric disorders), and invasive procedures (to make up for the lack of healthy lifestyle habits and preventative health measures).

Don’t get me wrong: modern medicine is great at what it does. It just needs to acknowledge that it’s expertise to limited to the physical domain.

And perhaps more importantly, it needs to recognize that disease isn’t just a physical problem.

The mind-body connection is quickly transitioning from wu-wu pseudoscience to verifiable fact. Here’s some examples of well-established connections between emotional states and physical ailments…

High levels of anxiety have been shown to cause ulcers, as well as other stomach and digestion issues.

Anger raises cortisol levels, which is linked with inflammatory conditions like arthritis.

Depression can increase the risk of cancer,[1] and cancer patients who are depressed have a higher risk of dying.[2]

And that’s just the beginning. The science of quantifying the mind-body connection is still in its infancy, but there’s already a thriving community of alternative practitioners who have begun to map the terrain of this intriguing discipline.

Tapping into the subtler side of emotional health

According to alternative researchers, emotions can be measured as packets of energy that pass through the body like electrical currents. Just like other forms of energy (like light and sound), each emotion has its own unique frequency.[3]

The lower the frequency, the “heavier” it is, and the more damage it can inflict upon the body when misdirected.

So, it should come as no surprise that emotions like fear, anger, and shame have the lowest frequencies, while love, acceptance, and contentment have the highest frequencies.

Each emotional frequency—like an other electric current in the body—triggers the release of specific chemicals called neuro-peptides. Because these neuro-peptides can be definitely linked to specific symptoms and physical states, it’s fairly easy to correlate certain emotions with particular detrimental effects. Here’s some examples…

As intimated above, fear, shame, and anxiety trigger the release of cortisol and adrenaline—highly addictive chemicals that cause inflammation, muscle contractions, immune suppression, and other fight-or-flight symptoms that tax the body and accelerate aging.

Furthermore, every part of the body tends to be linked to a particular emotional correspondence. For the most part, these connections are pretty common sensical…

Ear problems are linked to a fear of the world, and a resulting desire to “tune out.”

Problems with the neck, spine, and shoulders can point to insecurity, life imbalance, or personal inflexibility.

Problems with the arms and hands often signify loneliness, rejection, or an inability to “reach out.”

This all sounds fairly reasonable, doesn’t it?

Even if all this information feels a bit overwhelming, just remember this: negative emotions can destroy your health, so it’s worth paying attention to them.

How to begin a process of emotional healing

Step one: believe that your emotions really are affecting your health!

Until you shift your thinking in this way, it will be very difficult to address your emotional issues in any meaningful way.

Forcing yourself into practices that you don’t believe in is an ineffectual approach at best. And chances are, you’ll find yourself stuck in a self-fulfilling prophecy. If you project a bunch of negative emotions (in this case, doubt and pessimism) into your healing process, how can you expect to receive positive results?

When you can regard your emotional health with reverence, optimism, and enthusiasm, you’re ready to begin your healing process.

Because let’s face it: we all have some healing to do.

If you’d prefer to wade slowly into the world of emotional health (called psycho-neuro-immunology by researchers), start with some basic practices.

Try picking up a simple meditation or breathing practice. Pay attention to what areas of your body are giving you the most trouble, and use your common sense to intuit what negative emotion might be lurking behind the physical symptom. Find activities that can safely and effectively release the emotions that are ailing you (like exercise, reflexology, massage, and bodywork).

Listen to your body, and learn to express your emotions freely and clearly.

Be patient with yourself. Learning to pay attention to the subtle, non-physical aspects of your health is an ongoing process. But you’ll be glad you gave it a try once you begin to feel lighter, happier, healthier, and more in control of your overall well-being.