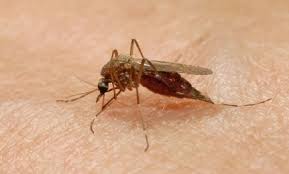 With summer on us (as well as bugs and mosquitos) we wanted to share these Natural Bug Repellent recipes from our friend Katie at Wellness Mama.

At my house, we joke about mosquitoes being the size of birds, and they certainly do seem to come in flocks! Especially with small children who are prone to scratch mosquito bites, keeping them away is a priority.

Also a priority is avoiding chemicals like DEET, which are present in many commercial insect repellents. According to Green Your Body:

One of the most widely used ingredients in store-bought conventional bug sprays for personal use is N,N-Diethyl-m-toluamide, or DEET, as it’s commonly known. DEET, which is designed to repel, rather than kill, insects. DEET is used by an estimated one-third of the US population each year.

Although DEET is approved by the US Environmental Protection Agency (EPA), it is a known eye irritant and can cause rashes, soreness, or blistering when applied to the skin. Additionally, DEET has been linked to neurological problems; according to the EPA, at least 18 different cases of children suffering adverse neurological effects, as well as the deaths of two adults, have been associated with DEET. Researchers at Duke University Medical Center have found that DEET causes diffuse brain cell death and behavioral changes in rats.

DEET has been shown to have a negative impact on wildlife and water sources in production and during use. DEET is toxic to birds and aquatic life. DEET has been found in approximately 75 percent of U.S. water sources, including the Mississippi River.

As with practically every household item, natural bug spray can be made inexpensively and naturally at home.

This recipe literally takes just seconds to mix up and can be varied based on what you have available. I’ve included several variations so you can try whichever one you have the ingredients for.

How to Make Homemade Bug Spray

How to Make Bug Spray From Fresh or Dried Herbs

Fair warning: this stuff stinks when it is wet, though the smell disappears as it dries. It works incredibly well though, and this is the one I use when I’m going to be in the woods or in tick infested areas. It is based on a recipe that was supposedly used by thieves during the Black Plague to keep from getting sick. They used it internally and externally to avoid catching the disease and to keep the flies and other pests away. According to legend, it worked and they survived… but it definitely makes a great insect repellent these days! Its also very inexpensive to make and you probably already have the ingredients in your kitchen!

How to Make the Vinegar of the Four Thieves Insect Repellent: