A New Generation of GMOs (And Why You Should Avoid Them)

written by Ryan
Facebook0Tweet0Pin0
You are here: Home / Featured / A New Generation of GMOs (And Why You Should Avoid Them) 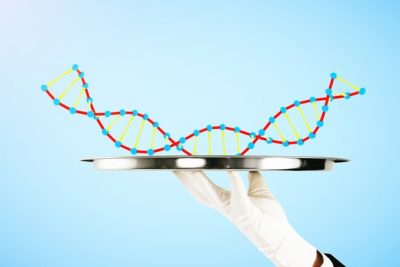 Despite the ongoing debate around genetically modified organisms (GMOs), it’s clear to many that we should tread lightly when allowing them into our diets.

The companies responsible for creating and distributing GMO foods maintain that they carry no health risks. Further, they hide behind the moralistic message of saving our ailing food system and solving worldwide food crises using “scientific” systems of mass-scale food production.

While it’s certainly true that our food system is in dire need of saving, the answer is not to tinker with the genetic make-up of foods without knowledge of the repercussions. And besides, if fighting world hunger was truly the mission of corporations like Monsanto, they would focus less on profiting off the indebted farmers of developing nations, and more on actually providing food for those in need.

Besides, GMOs do carry documented health risks, as we’ve covered in past articles. For example, GMO corn and soy have been linked with multiple organ damage, gastrointestinal distress and damage, tumors, and birth defects in animals fed these crops.[1] GMO advocates argue that it’s unclear whether these risks are connected to pesticide contamination or genetic modification itself, but this hardly tempers the inherent dangers.

For this reason and more, the Euopean Union has banned many genetically modified fruits, as well as the toxic pesticides used to grow them. Because no such action seems forthcoming in the United States, it’s up to us to make wise food choices on our own.

A new kind of GMO (and why you should be worried)

Meanwhile, Monsanto is busy developing a whole new kind of genetically modified food. It was recently announced that the company plans to invest at least $100 million in the gene editing technology CRISPR (which stands for Clustered Regularly Interspaced Short Palindromic Repeats).

You may have heard of CRISPR in the context of healthcare—it’s been making headlines as a scientific breakthrough that will allow us to fight disease on a genetic level. Unsurprisingly, the technology is hotly debated, and there’s much we still don’t understand about its risks and possibilities.

But the hesitancy of many experts isn’t stopping Monsanto from barreling forward with their investments. They plan to use CRISPR to gene-edit a wide variety of crops, starting with corn, soy, wheat, cotton, and canola (some of their biggest cash crops). The company believes that CRISPR will allow them to modify the food characteristics that current GMOs target—such as flavor, shelf life, color, and size—with even greater accuracy and facility.

It goes without saying, of course, that Monsanto will own the exclusive rights to all of these gene-edited crops.

But even though Monsanto’s CRISPR crops are not set to hit store shelves for 5-10 years, there are already concerns beyond unscrupulous profit motives. One study in particular showed that mice gene-edited with CRISPR exhibited 1,500 genetic mutations—all of these mutations were “off-target,” meaning that they occurred in genes that were not targeted for editing by the CRISPR process.[2] The research is a worrying reminder that we just don’t know what we’re dealing with when it comes to gene editing, and that the advertised benefits may not be worth the risks.

Here’s the strangest part: this study was retracted just three days after Monsanto announced its partnership with a CRISPR-focused start-up called Pairwise Plants. Perhaps this could be brushed aside as coincidence if Monsanto didn’t have such a questionable history of suppressing negative research data about their products.

Luckily, the researchers behind the now-retracted study are committed to performing follow-up studies, which will examine the entire genome sequence of gene-edited foods. As data demonstrating the risks of CRISPR foods becomes more prevalent and comprehensive, we can only hope that Monsanto will have a harder time hiding the truth behind their offerings.

Even before this study was published, molecular geneticists predicted that gene-editing would inevitably yield unpredictable consequences, so the researchers’ results hardly came as a surprise. Leading experts warn that full analyses and long-term toxicity studies should be conducted on gene-edited foods before they’re released to the public—but sadly, exactly the opposite is happening. The USDA has already approved the sale of CRISPR-edited foods years in advance of their public availability.

So what should you do to protect yourself?

The only good news is that it’s easy to protect yourself from the health risks of Monsanto’s upcoming CRISPR foods: just don’t buy them.

Stick with organic foods, and steer clear of any technologically created foods with an unproven safety record, especially if you believe that corporations like Monsanto don’t deserve our support.

Remember that, despite continuing activism efforts, companies are still not required to label GMO products. This means that healthy shopping and eating requires extra vigilance. Don’t purchase produce unless you can confirm it was organically grown (and if you must consume conventional produce, stick to the Clean 15 and avoid the Dirty Dozen).

Scientific innovations certainly can help us improve our food system, but they must be introduced in a safe and thorough fashion that prioritizes our health rather than profits. Unless researchers can prove that CRISPR foods and similar GMOs have no long-term health risks, stick with the food that you know is nourishing and risk-free.