Golden Milk: Nectar of the Gods

written by Mentor
Facebook0Tweet0Pin0
You are here: Home / Featured / Golden Milk: Nectar of the Gods 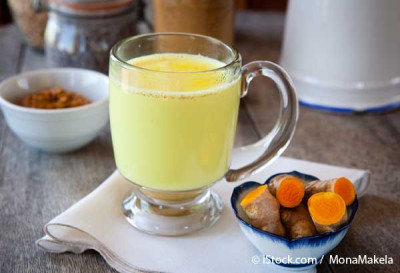 Many people like to end their day by sipping on a cup of chamomile tea, but even devoted tea drinkers may be tempted by a warm cup of golden milk. In fact, while some people find it soothing, and perfect before bed, others enjoy it first thing in the morning and even drink it in place of coffee.

What is golden milk? It’s not actually milk at all, at least not in the dairy sense. The basis of golden milk is a combination of the warming (and golden-colored) turmeric spice along with coconut milk and/or coconut oil (depending on the recipe you prefer).

Turmeric is most well-known for its use in curry dishes, but it’s earning a name for itself as a potent medicinal food.

Turmeric has actually been valued for its medicinal properties for centuries, but in the Western world, particularly the US, it’s not commonly consumed. Golden milk has the potential to change that, as each cup provides you with a healthy dose of this “spice of life.”

Turmeric Has Over 150 Potentially Therapeutic Activities

It’s difficult to describe turmeric in brief simply because it has so manybeneficial properties. That’s why the “spice of life,” as it’s known in India, sums it up wonderfully.

Turmeric’s benefits have since been well documented in the medical literature, and curcumin — one of the most well-studied bioactive ingredients in turmeric –  has been found to promote health and protect against a wide variety of health conditions.

It actually exhibits over 150 potentially therapeutic activities, including anti-inflammatory and antimicrobial activity, as well as potent anti-cancer properties that have been intensely studied.

Researchers have found a number of different mechanisms of action for curcumin, and part of the answer as to why curcumin appears to be such potent medicine is because it can:

Curcumin is one of the most potent anti-inflammatories in nature, which is why, if you’re struggling with any inflammatory disorder, golden milk is a beverage worth trying.

Many chronic diseases have inflammation at their root, and even if you’re currently healthy, you may benefit from an anti-inflammatory beverage like golden milk, particularly if you eat an inflammatory diet (one that is high in processed foods, sugars, and/or grains).

Curcumin can inhibit both the activity and the synthesis of cyclooxygenase-2 (COX2) and 5-lipoxygenase (5-LOX), as well as other enzymes that have been implicated in inflammation.

A 2006 study also found that a turmeric extract composed of curcuminoids (curcumin is the most investigated curcuminoid) blocked inflammatory pathways, effectively preventing the launch of a protein that triggers swelling and pain.

Separate research among people diagnosed with metabolic syndrome also set out to determine curcumin’s effects on inflammation. Half of the participants took one gram of curcumin powder daily for eight weeks while the other half received a placebo pill.

At the end of the study, the curcumin group had lower levels of three blood markers of inflammation, including C-reactive protein (CRP), along with lower fasting blood sugar and hemoglobin A1c (a measure of longer term blood sugar levels).

For comparison, the placebo group had higher blood sugar levels and increased inflammation after the eight weeks. When the researchers evaluated eight previous studies, they, too, confirmed that curcumin lead to reductions in CRP levels.

They concluded that short-term supplementation with bioavailable curcumin significantly improves oxidative and inflammatory status in people with metabolic syndrome, and could be regarded as a “natural, safe, and effective CRP-lowering agent.”

What Might You Gain By Sipping on Golden Milk?

Curcumin in turmeric has the ability to modulate genetic activity and expression — both by destroying cancer cells and by promoting healthy cell function. It also promotes anti-angiogenesis, meaning it helps prevent the development of additional blood supply necessary for cancer cell growth.

In addition, according to an ever-expanding clinical body of studies, curcumin may help:

A study published in Natural Product Reports in 2011 further described curcumin as being therapeutic for a wide range of diseases, including:

Coconut Milk and Coconut Oil: The Other ‘Magic’ Ingredients in Golden Milk

There are many variations of golden milk you can try, but most are made with coconut milk (and some include coconut oil as well). Blending turmeric in with coconut milk not only adds a soothing, creamy base but also additional health benefits.

Coconut milk is made from the expressed juice of grated coconut meat and water. About 50 percent of the fat in coconut oil is lauric acid, which is rarely found in nature. Your body converts lauric acid into monolaurin, a monoglyceride that can actually destroy lipid-coated viruses such as HIV and herpes, influenza, measles, gram-negative bacteria, and protozoa such asGiardia lamblia.

Lauric acid is a type of medium-chain fatty acid (MCFAs), which is easily digested and readily crosses cell membranes. MCFAs are immediately converted by your liver into energy rather than being stored as fat. There are numerous studies showing that MCFAs promote weight loss, including one study that showed rats fed MCFAs reduced body fat and improved insulin sensitivity and glucose tolerance.7

Yet another study found that overweight men who ate a diet rich in MCFAs lost more fat tissue, presumably due to increased energy expenditure and fat oxidation from the MCFA intake.8 In addition, coconut milk is rich in antioxidants and nutrients, including vitamins C, E, and B vitamins, magnesium, potassium, phosphorus, and iron.

Coconut oil has similar health benefits and is useful for making “golden paste.” You can make golden paste ahead of time, which allows you to quickly whip up a cup of golden milk whenever you’re in the mood. As an added benefit, turmeric is fat-soluble, so the use of coconut milk and oil helps to increase its benefits.

How to Make Golden Paste and Golden Milk

Golden paste acts as a “starter” to blend the perfect cup of golden milk. It includes not only turmeric and coconut oil but also black pepper, which has been found to increase curcumin’s bioavailability by 2,000 percent.9 Here’s a simple recipe to make your own from Health Impact News:

Once you’ve made your golden paste, you’re ready to make golden milk. The recipe that follows, also from Health Impact News, is simple and can be suited to your tastes:

For a slightly different slant on golden milk, the recipe that follows, from Prevent Disease, includes the spice ginger and uses turmeric sticks instead of powder. It’s also made without a starter golden paste, which is useful if you’re hankering for a mug but don’t have any golden paste on hand.

If you’ve never tried golden milk, you’re in for a pleasant surprise. Many people enjoy it especially during the fall and winter months (and cold and flu season), but it’s just as delicious and soothing in the summer, too. One final tip – when cooking with turmeric wear an apron and don’t let your pot boil over. This spice will stain your clothing and countertops easily, so unless you want a yellow kitchen, be very careful with spills.

And if you don’t feel like making your own golden milk, but still want the benefits of turmeric try this special turmeric extract

Ditch the capsules, isolated curcumin, and other inferior supplements. Instead, search for a full-spectrum, liposomal extract. We truly believe that Purathrive’s Liposomal Turmeric extract with Fulvic Acid is the most powerful one available.

Full-spectrum extraction techniques (to ensure that you’re getting all turmeric’s synergistic compounds), true liposomalization technology (to ensure maximum bioavailability), and the inclusion of mineral-rich fulvic acid all provide unparalleled results.

Give this turmeric extract a try today