4 Incredible Benefits of Meditation (It’s Not Just About Relaxation)

written by Ryan
Facebook0Tweet0Pin0
You are here: Home / Healthy Living / 4 Incredible Benefits of Meditation (It’s Not Just About Relaxation) 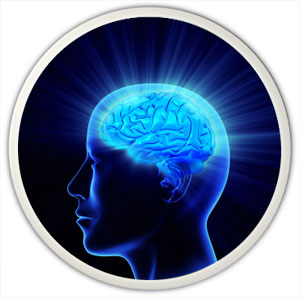 For many years, medical science would only accept meditation as a tool for stress relief and relaxation.

Effective stress relief is certainly nothing to scoff at—after all, it’s estimated that 60% of all human illness and disease is caused by stress. But the fact of the matter is that meditation has astounding benefits that extend far beyond simple relaxation.

Spiritual teachers have sung meditation’s praises for thousands of years, and now scientific research is beginning to back up their claims with quantifiable evidence.

For example, a report published by the Alzheimer’s Research and Prevention Foundation outlines the ways in which meditation practice supports cognitive health and overall well-being.

While our society is awfully fond of “borrowing” its energy from caffeine and other stimulants, this path just isn’t sustainable.

It also leads to improved sleep quality, which contributes to greater energy, vitality, and disease resistance.

Fight inflammation at its source

You may have heard that inflammation is linked to nearly all degenerative disease. It contributes not only to chronic pain, stiffness, and tissue damage, but also to autoimmune disorders, cancer, heart disease, Alzheimer’s, and a whole host of other life-threatening conditions.

Though there are many ways of targeting and eliminating inflammation through diet and other lifestyle modifications, meditation is a unique course of action.

Rather than simply blocking inflammation temporarily, meditation goes right to the source by decreasing expression of the genes that control inflammation. This happens through a process called downregulation, through which your body can self-correct states of chronic inflammation.

Meditation also increases levels of a rejunvenating enzyme known as telomerase, which has been clinically shown to help slow the aging process.

Regular meditation practice was shown to increase telomerase by 43%—the largest increase ever recorded, surpassing even supplements designed specifically designed for telomerase support.[1]

Aside from being a marker for sustainable longevity, telomerase has also been linked to reduced depression, increased mood stability, and greater emotional well-being.

Slow (and even reverse) cognitive decline

A study at the University of Pennsylvania Medical School found that, by increasing blood flow to certain areas of the brain affected by cognitive decline and Alzheimer’s disease, meditation can even prevent and reverse memory loss.[3]

For example, meditation and mantra enhance blood flow to the posterior cingulate gyrus (PCG), which is essential for episodic memory retrieval, and also one of the first areas to fall victim to Alzheimer’s disease.

Ready to give it a try?

Now that meditation has entered the scientific spotlight, there’s no doubt that the body of evidence in its favor will continue to grow.

But remember: more important than any scientific journal is your own experience. Read about how to get started with meditation, give it a shot, and then draw your own conclusions.

Once you get a taste of how much it can improve your life, I bet you won’t want to stop. After all, isn’t your health and longevity worth an investment of just a few minutes each day?