The Silent Epidemic: Why Vitamin B12 Deficiency is Dangerous

written by Ryan
Facebook0Tweet0Pin0
You are here: Home / Body / The Silent Epidemic: Why Vitamin B12 Deficiency is Dangerous 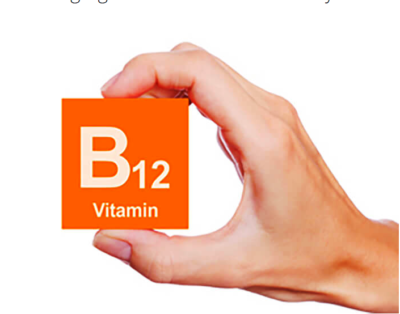 We’ve written about vitamin and mineral deficiencies before. As mainstream sources continue to downplay the importance of supplementation—often even dubbing store-bought vitamins and minerals as “useless”— the rate of deficiency continues to skyrocket.

Of all vitamin deficiencies, vitamin B12 deficiency is perhaps one of the most dangerous.

A growing body of research shows that deficiency in this crucial vitamin can directly lead to a staggering number of health conditions, including Alzheimer’s disease, infertility, cancer, autoimmune dysfunction, autism, developmental disorders in children, multiple sclerosis, depression, anxiety, and even psychosis.[1]

Other vitamin deficiencies can cause health problems on par with those listed above, but what makes vitamin B12 deficiency particularly dangerous is that it can takes years to manifest and is notoriously underdiagnosed.

And here’s the really bad news: there’s a fairly good chance that you’re deficient in vitamin B12.

Sadly, even a near-deficiency of B-12 is enough to cause serious health problems—data from the same study demonstrates that low levels can cause neurological and nervous system dysfunction (including memory loss, early-onset dementia, circulation issues, and more). Some scientists even believe that many of the “normal” signs of aging are simply reversible symptoms of vitamin B12 deficiency.

Some scientists even believe that many of the “normal” signs of aging are simply reversible symptoms of vitamin B12 deficiency.

And while the rate of deficiency appears to increase with age, researchers also found that young people are every bit as prone to near deficiency. So however old or young you are, don’t assume that you’re immune to the ravages of this silent epidemic.

If you drink alcohol, are over the age of sixty, take any kind of acid-suppressing drugs, take diabetes drugs, have stomach issues like IBS, celiac, or ulcerative colitis, or have a history of infertility or miscarriage, your risk of B12 deficiency is even higher. Vegetarians and vegans are also at much higher risk—studies show that 50% of long-term vegetarians[3] and 80% of long-term vegans[4] are deficient.

In its more advanced stages, vitamin B12 deficiency can lead to fatal conditions, but it begins with seemingly innocuous symptoms like fatigue, weakness, and brain fog.

Once it progresses to more acute symptoms like tingling in the extremities, there’s a good chance that it’s already posing serious risks to your health and longevity.

Luckily, as we already mentioned, all these health problems are easily preventable, so long as you’re proactive about maintaining optimal levels of vitamin B12.

How to remedy your vitamin B12 deficiency now

First and foremost, get your vitamin B12 levels tested—you need to know the extent of the problem before you can properly address it. Because of the deceptive nature of “normal” vitamin B12 levels, experts recommend getting treated for deficiency if your levels are any lower than 450 pg/ml.

Ideally, you should also test for other markers of B12 deficiency, including high levels of homocysteine, urinary methylmalonic acid, and holotranscobalamin—these markers, even in the presence of normal B12 levels, can be a sign that deficiency treatment is necessary.

If you’re experiencing any of the symptoms listed above—especially tingling in the extremities and other circulation problems—start a supplementation regimen immediately, and try to include more B12-rich foods in your diet.

Essentially all sources of B12 are animal products (eggs, fish, meat, poultry, milk, and milk products), so supplementation is critically important if you’re a vegetarian or a vegan.

When purchasing supplements, choose methylcobalamin—research suggests that this form of B12 is superior to both hydroxycobalamin and cyanocobalamin (the most common form). Many supplement manufacturers use cyanocobalamin before it’s cheaper and easier to make, so don’t assume that a product contains methylcobalamin unless it specifically says so on the packaging.

There’s another NEW form of B12 that actually tastes amazing AND is easy to absorb… not only that it is combined with Vitamin D3 to pack a super health punch!

Protect Your Health with the Power of Liposomal B12/D3 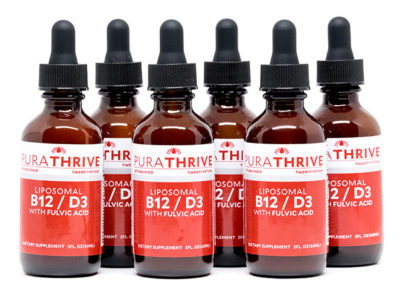