written by Mentor
Facebook0Tweet0Pin0
You are here: Home / Body / Is Black Cumin The Ultimate Anti-Cancer Elixir 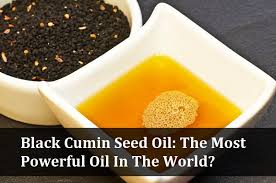 The incidence of cancer may be on the rise, but the search for effective treatment protocols is increasing in intensity right alongside it.

In recent years, an explosive “natural remedy revival” has taken place. More and more people are turning back to plant-based medicines, holistic treatments, and ancient cures—and even mainstream medicine is beginning to recognize just how well these time-honored remedies can work.

Perhaps one of the most exciting anti-cancer agents is oil of Nigella sativa, or black cumin oil.

This powerful little seed elixir has been celebrated for its extraordinary healing properties for more than 3,000 years. Historical records tell us that cumin seeds were an important medicinal tool of ancient Greek physicians, that they were used as a beauty aid by Egyptian queens, and that they were prized across the Middle East as “seeds of blessing.” Supposedly, a bottle of cumin seed oil was even found in King Tut’s tomb.

And it seems that modern medical science is starting to get hint, because there’s already been over 460 studies published that demonstrate its efficacy as a treatment for various types of cancer, as well as for many other health issues.

Black cumin seed oil has been called “a remedy for all diseases except death.” This may sound like hyperbole, but so far, scientists have been hard-pressed to find an ailment that can’t be remedied or helped in some way by this miraculous oil.

Its magical healing ability seems to lie in the thymoquinone that it contains. Research demonstrates that this compound helps prevent cancer, lessens the negative side effects of chemotherapy, actively destroys cancer cells, and lowers the risk of a second round of cancer.

It can even stop some of the most aggressive forms of cancer—like pancreatic cancer—dead in their tracks. Researchers at the Kimmel Cancer Center, part of Thomas Jefferson University in Philadelphia, found that thymoquinone destroyed 80% of pancreatic cancer cells, even when the disease was in its most advanced stages.

And that’s just the beginning. Researchers also found that genetic markers for both tumor suppression and “programmed cell death” were increased.

So what’s its secret?

Thymoquinone may be a pretty nifty compound in and of itself, but the real secret behind cumin seed oil’s healing power is its holistic mechanism of action.

Research has revealed something very interesting thing about the components of cumin seed oil. They don’t just directly attack cancer cells—they cause cancer cell to initiate their own cell death by affecting their epigenetic expression of cancer cells (which means they change the underlying blueprint of how they function).

To put it another way, cumin seed oil changes the underlying conditions that allow cancer to flourish, thus making it much easier for the body to heal itself. This is most likely why it’s such a full-spectrum healer that can remedy so many different ailments—because it helps make the body a place that abhors disease.

More and more doctors and researchers are starting to believe that this approach is essential for treating cancer safely and effectively. Because, contrary to the opinion of the “cancer industry,” waging war on cancer cells is not the most effective course of action. The body responds much better to a holistic balancing of a person’s overall internal environment.

So whether you or a loved one are currently battling cancer, want to prevent cancer, or just want to stay radiantly healthy and disease-resistant, cumin seed oil is the ticket.

There’s a ton of online information about treatment protocols that include cumin seed oil, should you want to research further, but 1-2 teaspoons per day is a good dosage for just about any purpose.

There are many cumin seed oil products on the market, but most of them aren’t produced in accordance with ideal standards. This one is by far our favorite. It’s organic, pure-pressed, completely free of additives, light-protected in a miron glass bottle and air-sealed.

Make sure to take advantage of this phenomenally healing product—it’s not every day that a natural remedy comes along that is this powerfully corroborated by both ancient lore and modern medical research.

“In the instance of cancer, instead of addressing the causes of cancer – toxins and a weakened immune system which result in a loss of proper cellular communication and oxidation and the cells mutating to cells that form a protective coating and replicate without dying – we see instead treatments that either slash, burn or poison away the tumors and cancer cells, which further weakens an immune system cancer has already defeated and only worsens the conditions that led to cancer to begin with.

As a result, the way is paved for the return of the cancer or the introduction of another cancer or serious condition.”