Are You Being Poisoned by Synthetic Fragrances?

written by Ryan Greendyk
Facebook0Tweet0Pin0
You are here: Home / Body / Are You Being Poisoned by Synthetic Fragrances? 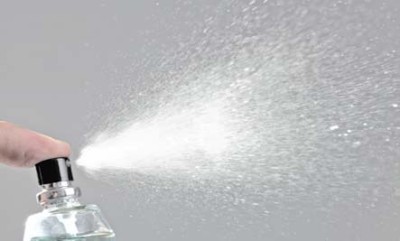 Nowadays, you can’t walk down grocery store aisles featuring cleaning supplies, toiletries, and home care products without being bombarded by a wave of fragrance.  It can be almost sickening!

One whiff is usually enough to alert you that something isn’t right—these industrially manufactured scents are often cloying and anything but subtle. In fact, one third of Americans report being physically irritated by “fragrances,” and 19% experience shortness of breath and headaches when exposed to air fresheners or similar products.[1]

While people with such symptoms are often ridiculed for being overly sensitive hypochondriacs, it turns out that many of these industrial fragrances may very well pose serious risks to your health. Meanwhile, the fragrance industry (which rakes in $40 billion every year peddling its chemical creations) not only denies these dangers, but also actively works to keep everything about their business secret.

In an age of consumer rights protection and increased labeling transparency, “fragrances” have somehow slipped through the cracks. From initial research to manufacturing all the way down to package labeling, the industry is barely regulated—and companies are trusted to police themselves.

If you’re not too keen on multinational corporations controlling the safety protocols for their own highly profitable products, you’re in good company—but good luck trying to pierce their veil of secrecy. For decades, fragrance manufacturers have maintained the right to keep their “trade secrets” hidden, despite worrying study results like the one cited above.

Even when governments take matters into their own hands and attempt to impose regulations—such as California’s 2005 Safe Cosmetics Act—the fragrance industry still usually comes out on top.

The Safe Cosmetics Act requires that manufacturers report any products containing ingredients that may cause cancer or reproductive harm—but once again, companies are not required to disclose recipes and formulations construed as trade secrets, so (surprise, surprise) no fragrance-containing products ever end up being reported.

The FDA’s regulatory actions are equally useless, because the onus is on the agency to prove that ingredients are unsafe, and it too has a trade secret exemption for chemical fragrances and flavors.

Finally, these are the same laws that allow manufacturers to simply list “fragrance” (or something equally vague) in place of actual chemical names in their ingredient lists.

And by the way, if the Trans-Pacific Partnership ends up being signed into law, corporate shenanigans like this will become far more widespread…so let’s not let that happen.

The official word from the fragrance industry, of course, is that their products are completely safe, and thus don’t need to be reported. Company representatives claim that their chemical potpourris undergo stringent safety regulation by their trade group, the International Fragrance Association.

But this flies in the face of the data uncovered by consumer advocacy groups like Women’s Voices for the Earth and the Environmental Working Group, which have identified all sorts of highly toxic chemicals in fragrance formulas.

To what kind of chemicals are we being exposed?

So far, the fragrance industry has succeeded in keeping its chemical ingredient lists from the public—and you certainly won’t find anything disclosed on product packaging.

But a coalition of advocacy groups has also experienced their own limited success: in 2010, the International Fragrance Association released a list of over 3,000 chemicals used by the fragrance industry.

When these chemicals were analyzed through independent testing, the results were quite worrisome: over 1,000 of them appear on regulatory “warning” lists, 190 are labeled as a “danger” by the United Nations, seven are categorized as “probable human carcinogens” by the World Health Organization, and many are proven endocrine disruptors and allergens that tend to accumulate in human tissue over time.[2]

When pressed about these findings, the International Fragrance Association—along with its research branch, the Research Institute for Fragrance Materials—insisted that all their ingredients have been proven safe through rigorous safety studies. Yet these supposed “studies” are all conducted internally, are not peer-reviewed, and are not available to the public.

While groups like the European Commission’s Scientific Committee on Consumer Safety try to police these fragrance studies (some of which they’ve found to be incomplete or invalid),[3] it’s really up to you to protect yourself when it comes to these toxin-laden products.

How to protect yourself

The bureaucratic games and smooth-talking of the fragrance industry is a tiresome and complex landscape to navigate, but the rule of thumb for protecting yourself against their products is quite a bit simpler: just avoid them altogether.

It’s certainly possible that not all “fragrances” and “flavors” are toxic, but without industry transparency, there’s simply no way to know.

There are plenty of wholesome, natural products that use only natural fragrance (which are clearly listed on the package), so it’s just not worth taking a chance with anything that has “fragrance,” “natural fragrance,” or “natural flavor” as one of its ingredients. Check out our articles on natural cleaning products and natural cosmetics for more guidance.

By boycotting such products, you’ll not only be safeguarding your health and longevity, but also taking a stand against the greed-driven secrecy of this dangerous chemical industry.