5 Major Benefits of the Indian Adaptogen Ashwagandha (#2 is best)

written by Mentor
Facebook0Tweet0Pin0
You are here: Home / Body / 5 Major Benefits of the Indian Adaptogen Ashwagandha (#2 is best) 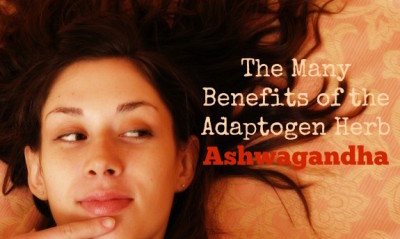 If you are looking to restore your energy, look younger, and reverse disease then ashwagandha may be the herb you’re looking for.

The Indian herb ashwagandha (withania somnifera) is one of the most highly regarded botanicals in the 5,000-year-old system of natural medicine known as Ayurveda.  It’s known as the “strength of the stallion,” since it has traditionally been used to strengthen the immune system after illness.

Considered a rasayana (life extender), ashwagandha root is used with excellent results for overall vitality. In the Indian Materia Medica, which is a compendium of beneficial botanicals, ashwagandha is described as beneficial for general debility, impotence, brain fatigue, low sperm count, nervous exhaustion and in cases in which general vigor needs to be restored.

Ashwagandha, which is an excellent source of antioxidants, is classified as an adaptogen, meaning that it improves the capacity of a person to adapt to environmental, physical and mental changes and stresses by modifying the metabolism and other processes in the body.

Adaptogens improve cell replenishment, which in turn reduces fatigue symptoms and exhaustion, while increasing the resilience of the body and imparting more stamina for physical activities.

A lot of people are hooked on the temporary energy obtained from caffeine. Energy from caffeine comes from the stimulation of the central nervous system. There’s nothing wrong with this, but if you rely on caffeine alone for energy you’ll eventually experience a crash.

You can also increase energy by enhancing the body’s own energy-producing mechanisms within cells. Notably, the primary unit of cellular energy, which is called ATP.

And that’s what ashwagandha extract does. It causes the cells in the body to produce more cellular ATP. The result is energy–without the jitters.

In a study published in Phytotherapy Research, 25 people were given 300 milligrams of the proprietary ashwagandha extract KSM-66 twice a day, while another 25 participants were given a placebo.

Overall, subjects given ashwagandha extract experienced substantial reductions in blood concentrations of the stress hormone cortisol. This resulted in reduced levels of stress and anxiety and at the same time, improved energy levels.

There’s a large body of psychiatric science showing that lower stress levels are linked to a decrease in moderate anxiety and depression.

Reducing stress liberates energy in the body and has a specific enlivening effect in the brain, relieving mental fog and enhancing mental alertness.

I consider ashwagandha a superfood when it comes to improving the health of your thyroid. Scientists don’t completely understand how adaptogens work, but we know they can be extremely effective, especially at balancing hormones.

One of the most incredible aspects about adaptogenic herbs like ashwagandha is that it can help people with both hypo and hyper thyroid issues. It has been shown to support a sluggish thyroid for people diagnosed with Hashimotos, and has been shown to improve the health of those with an overactive thyroid or Graves disease.

Adaptogenic herbs work with your body to bring you back into balance whether your hormone levels are high or low.

In a 20-day study, mice were give ashwagandha and their T3 and T4 levels were analyzed along with lipid peroxidation (anti-oxidant protection). Significant increases in serum T4 were found which indicates this herb has a stimulatory effect on a sluggish thyroid.

There are currently millions of people who struggle with thyroid problems (many who don’t even know it) and ashwagandha may just be the solution they are searching for.

This hormonal improvement was also accompanied by a noticeable reduction in hair loss.

Emotional, physical, and chemical stress can all have damaging effects to the brain and nervous system. Recent research has proven ashwagandha is more than a stress reliever, it also protects the brain from degeneration and improves symptoms of alzheimer’s, depression, and anxiety.

One of the main reasons ashwagandha is so effective at healing the brain has to do with it’s powerful antioxidants that destroy free radicals that cause aging. A study published in Phytotherapy Research explain these benefits:

“Several studies have revealed that natural antioxidants, such as vitamin E, vitamin C and beta-carotene, may help in scavenging free radicals generated during the initiation and progression of this [Alzheimer’s] disease. But we found Ashwagandha afforded lipid peroxidation inhibitory effects more potent than commercial antioxidants.”

Researchers at the National Brain Research Centre found mice with alzheimer’s were unable to retain what they learned, but after 20 days of supplementing with ashwagandha, this improved significantly. The results of the study found a reduction in amyloid plaques (these cause degradation of the brain).

There is also now evidence that ashwagandha is effective at healing both anxiety and depression. In fact, in a recent study its results were comparable to common pharmaceutical drugs lorazepam and imipramine–without the side effects.

In the 12-week controlled study, 87 participants with anxiety were given 300mg of ashwagandha two times a day or two placebo pills two times per day. The group treated with ashwagandha resulted in much greater improvements in anxiety as well as focus, reduced stress, and decreased fatigue than the placebo group.

The other major benefit of ashwagandha is that there are no adverse reactions by taking it compared to anti-depressant and anti-anxiety medications which can have terrible side effects.

Studies have shown that ashwagandha can boost endurance during physical activity by sharpening brain function and reducing bodily pain.

Due to its positive calming, yet energizing, effects on the brain and ability to lower stress hormones, ashwagandha showed improvements in concentration, motivation, and stamina in conducted studies.

One particular study found that when lab rats were given ashwagandha, they actually were able to swim twice as long compared to the same type of rats that were not given the supplements.

Researchers believe similar effects take place in humans due to the extract’s ability to balance adrenal hormones that are involved in physical activity. The extract was also shown to reduce bodily pain in the muscles and joints while at the same time keeping energy levels more steady. Another reason it could be a promising supplement for athletes, or for those who find it difficult to be physically active due to pain.

As you can see, ashwagandha is an adaptogenic superstar that can have some tremendous health benefits.

We have found an excellent product which contains organic ashwagandha, and includes a combination of many powerful superfoods, two of which have been endorsed by Nobel Prize winning scientists who recognize it’s natual ability to also hydrate the boy and erase age spots.

Here’s the rest of the story…