Would Big Pharma Kill to Suppress a Breakthrough Cancer Treatment?

written by Ryan
Facebook0Tweet0Pin0
You are here: Home / Body / Would Big Pharma Kill to Suppress a Breakthrough Cancer Treatment? 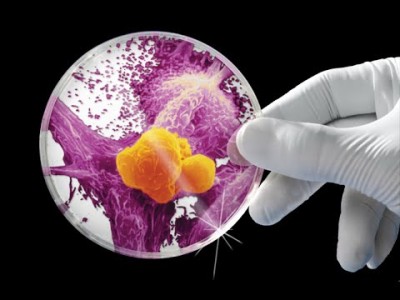 By now, it’s fairly common knowledge that Big Pharma’s business practices are far from scrupulous. They were forced to pay $11 billion in fines (just between 2009 and 2012) for what the courts officially labeled criminal wrongdoing. They manipulate science, fund only the studies that benefit their biases, and cut corners wherever they can (thus putting our health at great risk by bringing unsafe products to market).

They don’t care about you or your health…just your money.

And yet, the best side of human nature wants to be optimistic. We all want to believe that there’s a limit to how low these immensely powerful medical corporations would stoop. Making money off their own innovations is one thing, but surely they wouldn’t suppress genuine medical progress just to keep their own bank accounts padded…right?

The more research you do, the harder it becomes to maintain this optimism. The truth is that the mainstream medical system (especially in America) has a long history of suppressing medical science that doesn’t serve vested corporate interests.

Most of these cases just get swept under the rug, and anyone who tries to dredge them up from the past is pinned as a crazy conspiracy theorist. Sometimes, though, the evidence is just too compelling to ignore. Sometimes a breakthrough treatment comes along, the effectiveness of which can be clearly demonstrated, and the suppression of which is too blatant to deny.

One such example is this past summer’s string of doctor deaths surrounding research into a remarkable molecule called GcMAF.

Breakthrough cancer research, and a trail of dead doctors

On June 19, 2015, a researcher and practitioner named Dr. Jeff Bradstreet was found dead in a river. His death was almost immediately declared a suicide, even though he had a bullet wound in his chest. To this day, his family still suspects foul play, and insists that he never would have committed suicide. 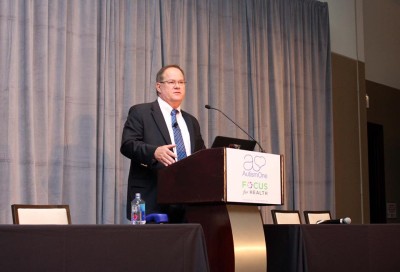 Suicide seems like an especially unlikely option for Dr. Bradstreet given that he was hot on the heels of cures for both cancer and autism. His treatment of autism was met with an 85% response rate (70% experienced a reduction in symptoms, and 15% experienced complete elimination of all symptoms and markers), and his trials eradicated cancerous tumors and left patients relapse-free even after four or more years.[1]

So what’s his revolutionary treatment? A simple molecule named Globulin component protein-derived activating factor, or GcMAF, which is naturally produced when the body is functioning healthily.

Dr. Bradstreet found that many diseases and conditions, including cancer, autism, and supposedly “incurable” viruses, are associated with the presence of an enzyme called nagalase, which functions as a sort of “anti-GcMAF.” Nagalase inhibits the body’s production of GcMAF, which creates a vicious cycle that benefits the unwanted proliferation of both foreign pathogens and cancer cells (the less GcMAF is present, the more nagalase is found, and the more nagalase is present, the more GcMAF-deficient the body becomes).

Among all the secrets that Dr. Bradstreet uncovered (or was just beginning to uncover), perhaps one of the most frightening is that nagalese may be an intentionally added ingredient in vaccines. In case you need any more reasons to think twice about vaccinating yourself and your children, consider that they may contain a debilitating enzyme that can be strongly linked to a staggering array of serious health conditions.

Not long after Dr. Bradstreet began to ramp up his disclosure of these discoveries, his supposed “suicide” occurred. And not even a month later, the U.S. government obtained a warrant to raid his lab, where they confiscated all of his GcMAF (which has now been outlawed in the United States).

If you still think this whole situation could be a coincidence, consider also that at least six others doctors were found mysteriously dead within ninety days of Dr. Bradstreet’s death—and all of them were involved in GcMAF research in some way.

Big Pharma and connected authorities have obviously claimed that they have nothing to do with the death of these doctors. But regardless, it’s apparent that the mainstream medical is working awfully hard to ensure that this unparalleled medical breakthrough isn’t made widely available as a medical treatment.

So why is GcMAF so threatening to Big Pharma?

GcMAF is being heralded as a potential universal cancer cure (because it empowers your body to heal itself, rather than targeting specific types of cancer cells). Check out this video of GcMAF destroying cancer cells, without harming healthy cells or causing side effects, in real time…

This health benefit alone would be enough to disrupt the profits of the mainstream medical industry…and that’s just the beginning. Over sixty research papers have already been published about the potential of GcMAF, and their authors demonstrate how it can be used to cure all of the following diseases (in addition to cancer…

And here’s the thing: GcMAF is a naturally occurring substance that is produced endogenously, so it can’t be patented. This means that all of these healing abilities can’t be monopolized by greedy pharmaceutical companies—which is why they’re trying to suppress it before it’s too late.

Luckily, research is still continuing in earnest. Dr. David Noakes, who worked in conjunction with Dr. Bradstreet, is acting as a tireless spokesman for GcMAF (he also ran ImmunoBiotech, which was once the foremost provider of GcMAF to the public, before the U.S. government froze their bank accounts and shut down their facilities). Meanwhile, a doctor named Nobuto Yamamoto is continuing to actively treat individuals with GcMAF at his clinic in Japan. You can learn more of GcMAF story here.

The battle has just begun, though. Dr. Bradstreet’s death reveals that we’re at an important crossroads: will the coming decades be marked by medical advances that all but eradicate many of the most feared diseases, or will Big Pharma succeed in preserving their medical monopoly that’s built to profit from our suffering?