More Reasons To Think Twice About Supporting the Meat Industry

written by Ryan
Facebook0Tweet0Pin0
You are here: Home / Body / More Reasons To Think Twice About Supporting the Meat Industry 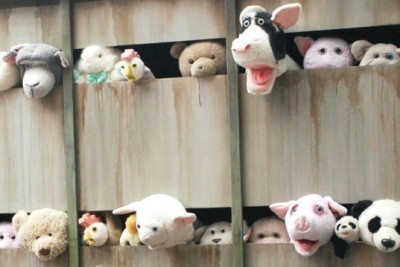 If you’re not worried about the conventional meat industry, you should be.

We’ve written in the past about the horrors of slaughterhouses: toxic chemicals, contaminated and diseased products, worker mistreatment, complete disdain for the environment, and unspeakable animal cruelty, just to name a few.

Advocates for the meat industry like to hide behind the “it’s a dirty job, but somebody’s gotta do it” argument. They claim that their work is a necessary evil that ensures the nutritional well-being of our country.

The debate over whether animal products are necessary to maintain a large-scale food supply is a fierce one, fraught with all sorts of moral and political quandaries. All arguments about carnivorous diets aside, though, let’s get one thing straight: the meat industry does not care about your well-being.

Don’t mind the chemicals—they’re for your own good

If you still think that the meat industry has your best interest in mind, here’s some food for thought: they douse their meat with bleach, ammonia, and antibiotics, then dye it pink again—to make sure it’s nice and pretty for the butcher’s window. You may have already heard of this monstrosity, which is affectionately referred to as “pink slime.”

When pressed about the issue, the meat industry’s only retort was to point out that ammonia is also used in other products, like cheese and industrially produced chocolate. During a press conference hosted by Beef Products Inc., Gary Acuff, director of Texas A&M University’s Center for Food Safety, put it nonchalantly: “We use ammonia in all kinds of foods in the food industry.”[1]

Is this answer really supposed to make us feel better?

As for all those antibiotics, meat industry groups maintain that they act as a “critical tool for animal health,” without which it would be difficult to produce a safe product.[2]

Let’s read between the lines, though. Minus all the medical whitewashing, here’s what these groups are admitting: their animals are so sick and contaminated (because of inhumane and unhygienic conditions) that they have to be pumped full of drugs in order to be safe for consumption.

And it’s still debatable whether products of the meat industry are safe, even after all that chemical treatment. According to industry standards, as long as something doesn’t kill you or make you sick within 24 hours, it’s safe.[3]

It’s quite clear that the only “safety” with which meat industry is concerned is immunity from legal action.

Here’s how it works: insurance only covers sickness contracted within 24 hours of eating food, so even if you get sick after 48 hours, you have no recourse. It should therefore go without saying that companies can never be held liable for sickness and ailments with a gradual onset—no matter how many studies implicate industrial foods in the development of degenerative disease.

We have much more to lose than just our good health

Remember: this is not just a personal health issue—it’s also an issue of moral integrity.

When we turn our backs on the atrocities that are perpetrated by the meat industry, we are desensitizing ourselves to blatant and unforgivable violence.

Chris Hedges, a Pulitzer Prize-winning journalist and activist, writes that “the battle for the rights of animals is not only about animals. It is about us. Once we desanctify animals we desanctify all life.”[4]

Hedges argues that slaughterhouses and factory farms are a chilling example of “the mechanization of murder, [which] creates the illusion that killing is antiseptic.” He reminds us that “this illusion is sustained by state-imposed censorship that prevents us from seeing the reality…of animal slaughterhouses. Killing has gone underground. And this has made vast enterprises of killing palatable.”[5]

Every dollar we spend is a vote. And by purchasing from the conventional meat industry, we’re voting for the continued production of inhumane, disease-ridden, health-sapping meat products—and we’re allowing the killing to remain underground.

So cast your votes wisely—think twice before supporting the meat industry.